Including People from Culturally and Linguistically Diverse Communities

Approximately half of the 250,000 immigrants to Canada each year settle in Ontario. The five most commonly spoken languages are: English (8 million), French (490,000), Chinese (405,000), Italian (296,000) and German (157,000) with other significant languages including Greek, Spanish, Punjabi, Ukrainian and Portuguese. This creates a great opportunity for all soccer clubs to broaden their club base by including people from culturally and linguistically diverse backgrounds. 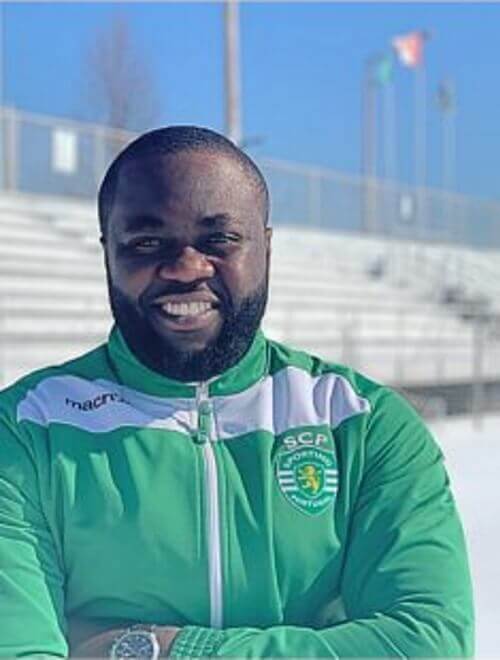 Samuel Gyeke-Amoako, has over 10 years of coaching experience. A believer in continuous learning, he is currently pursuing a Masters in Sports Performance Coaching with the University of Stirling along with various licenses. He holds a Bachelor’s degree in Public Administration and Justice Studies from York University. With great involvement, dedication and commitment to the Sporting Universe, Sam strives to increase diversity in the academy.

Hobbies: Drawing and learning about history 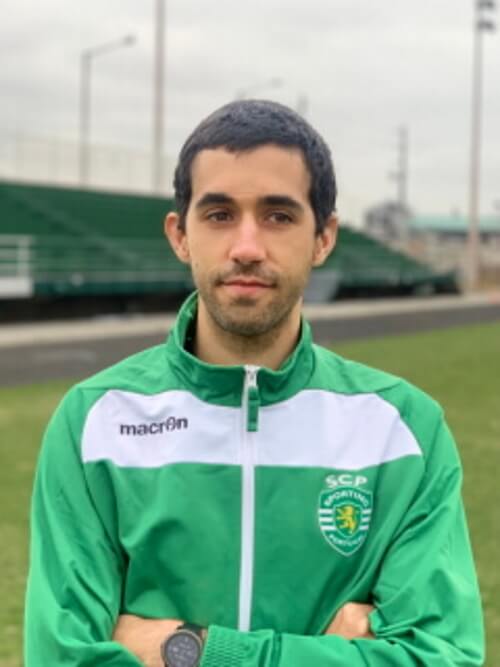 Gonçalo Marques is a former Boy Scout and futsal player. He completed his Master’s degrees in Chemical Engineering at the University of Aveiro with one semester spent in Czech Republic. He enjoys running, having completed a Scotiabank Toronto Waterfront marathon, and is now training to do a 5K run in less than 20 minutes. Gonçalo hopes to coach in a different country someday, but in the meantime, he wants to keep learning and help provide the resources for our players to grow and succeed.

Hobbies: Running and board games 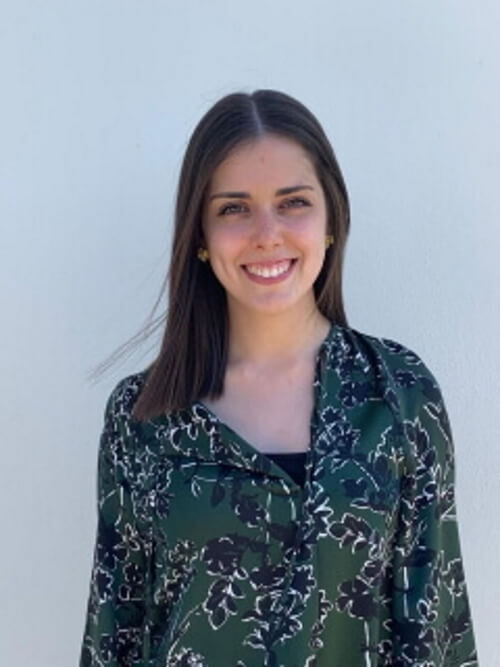 Patricia was born in Toronto but raised in Portugal where she spent most of her life. Since diagnosed with celiac disease at 12 years old she was forced to understand every single ingredient going into her body. She later decided to take a Bachelor’s degree in Nutritional Sciences at the University of Porto in Portugal with one semester spent in Poland in between. Specialist in nutritional counselling and follow-up with patients under a weight loss program, Patricia looks to help our athletes and their families find a healthy diet with emphasis on the pleasure of eating well.

Hobbies: Playing the violin and reading 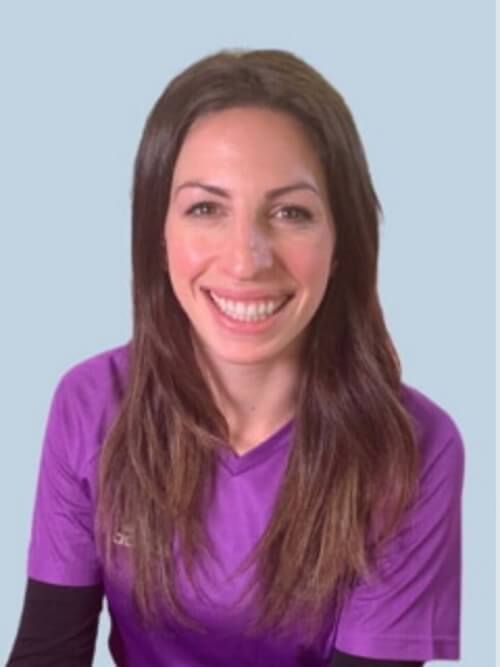 Alicia is an avid soccer player and former youth soccer coach, who has been playing in pickup games, leagues, and tournaments for decades. She completed her Bachelor’s and Master’s degrees in Kinesiology/Exercise Sciences at McMaster University and the University of Toronto, and recently underwent a one year training certification to become a Functional Health Coach. In 2015, her passion for soccer as a tool for personal and community development led to her co-founding NUTMEG Soccer, a Toronto based not-for-profit soccer and life skills organization. Alicia is so excited to combine her love for soccer with her health coaching skill set to support players and their families in achieving their health, wellness, and mindset goals and flourishing as humans! 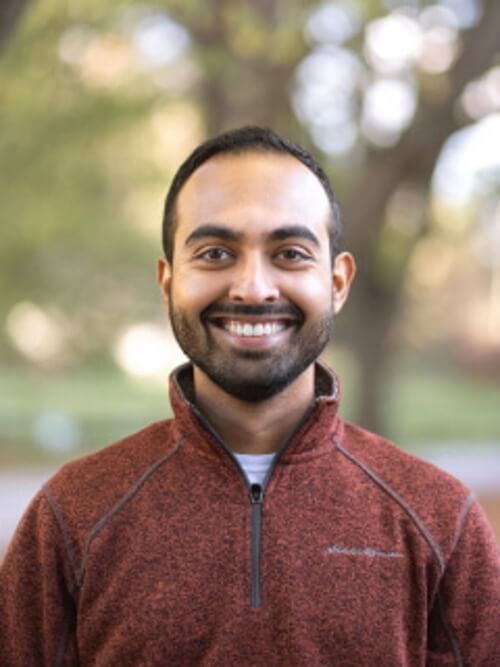 Chaitanya is a toy engineer at Spin Master, as well as a photography enthusiast since 2011. Growing up in Oakville, Chaitanya participated in many sports as a child, including soccer and baseball. During his final season of baseball, a father of his teammate acted as a volunteer photographer for the team. Sitting on the bench, Chaitanya found himself more fascinated by the equipment the photographer was using than the game he was supposed to be playing. Today, Chaitanya is a part time photographer covering sports and events. Chaitanya looks to build passion for soccer through his photography by capturing the spirit of the game in his images. 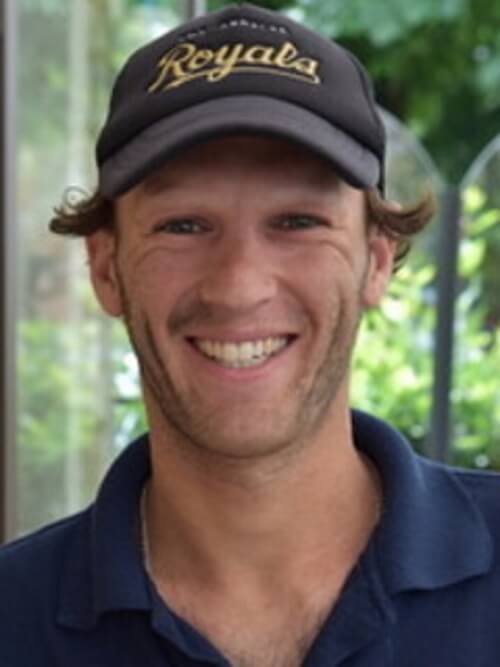 Jason King is an Australian born athlete, coach, mentor and talent scout. He was born into football – learning to play from his Grandfather who was a well-respected professional player in England. His goal is laser focused on developing and helping student athletes across Ontario get into College or University in Canada or America through athletic and academic scholarships. Jason is a huge advocate for these kids and wants them to realize their own capabilities and their potential on the football field and in the classroom. In his spare time, Jason will be seen in the kitchen or at the park with his kids, wife and two dogs. He is a huge believer that family always comes first. His favourite Football teams are Man Utd and Napoli, and all-time favourite player is Ryan Giggs. 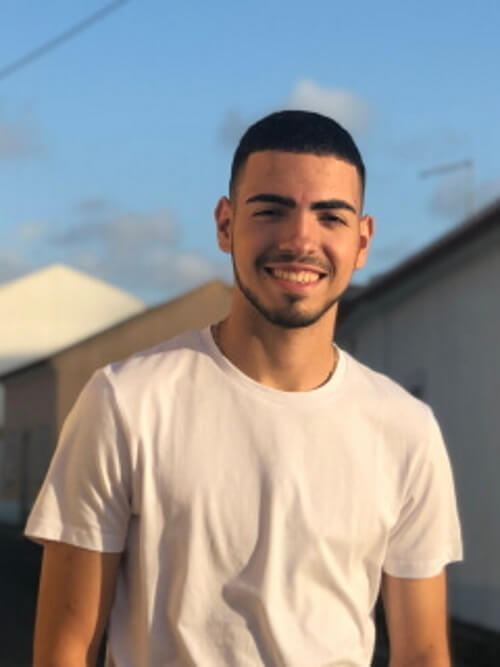 Andrew was born and raised in Toronto, who has been playing competitive soccer and other sports recreationally for years. He’s currently enrolled at Ryerson University, pursuing an undergraduate degree in Sport Media. Andrew has a profound love for sports and content creation, combining his two passions to create his own soccer-based podcast, Premier Talk. He has experience in video editing, graphic design, sports writing, and is working to one day be a part of the sport media landscape. Andrew has also worked with the indigenous youth of Attawapiskat, conducting soccer and media related programs in 2017, 2018, and 2019. Andrew is excited to channel his appreciation for the beautiful game of soccer, to create meaningful content for people to enjoy.